Headline - CompUSA To Close All 103 Stores After the Holidays....jeesh...

After the wear-it-out coverage of the Circuit City fiasco, I should write about more uplifting stuff during 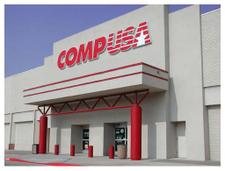 the holidays.  But from a HR standpoint, notification of closure during the holidays is a big deal.  Fortunately, I don't have to do a rundown of this - Jay Sheppard at Gruntled Employees has a great rundown over at his site...  Starting with a link to what appears to be a WARN letter to CompUSA employees from Engadget.

Reaction to the letter from Gruntled Employees:

"Now I can't personally vouch for the authenticity of the letter, and Engadget describes its source as an anonymous CompUSA employee. Nor could I confirm the identity of CompUSA's HR director, although there is an HR person with that name in the DFW metropolitan area. It certainly looks like an authentic WARN Act letter, which the government requires.

But what a letter. I appreciate that CompUSA had a lot of employees to fire, but couldn't they have bothered to insert the unlucky recipient's name in each letter? (You know, guys, they have computers that can do that now.) Did they need to keep reminding the fired worker that CompUSA is incorporated (at least for now) — four times in a three-paragraph letter? Couldn't they get a human being to actually sign the letter? Repeating the name in boldfaced italics doesn't count.

That pretty much sums it up.  Thanks to Jay for the coverage and notes, and if you really want to feel like you need a shower from an ineffective communications perspective, check out this offer of one-week's salary to any non-exempt employee who stays until their store closes.

This is a good (well bad really) example of what can happen when HR isn't operating as it should. I can only imagine how the HRD feels. The thing that these organisations often forget is that this sort of mess will come back on them in the future. Xemployees are also Xcustomers!

This is more than just HR not doing its job. In fact the reason that the HR part isn't handled well is that top management doesn't see employees as people and therefore doesn't imagine that firing disrupts any human lives. Alas, that attitude is not unique to CompUSA. Sometimes people are seen as interchangeable parts. Sometimes they're problems to be solved.

I worked in one of the first 15 stores that closed just over a year ago. We had not received any such letters or anything in writing for that matter. They kept telling us that we would see the guidelines closer to closing, but we recieved NOTHING. We were given severance packages based on time with the company and f/t or p/t so long as you stayed until the closing day and a few others stayed after closing to pack up. I had at one time left and returned to the same store - so they did not count my original time. I have no idea what was given to the additional stores that closed after us.