Before we get started on this post, let's agree on three basic concepts about call centers:

-Big, volume-driven Call Centers are the production lines of the new millennium;

-To keep the employee relations madness to a minimum in call centers, most companies try to be uber-consistent in the application of policy within Call Centers; and

-When you try to enforce consistency in call centers through items like No-Fault Attendance Policies, you're gong to make it rain EEOC charges.

Granted, just because EEOC charges are filed doesn't mean they have any merit.  As I'm fond of saying, 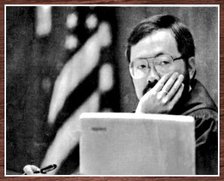 "allegations are free".    It doesn't cost anything to file one, and most are dismissed eventually.

About once a year though, there's one that goes to trial with a jury verdict involving $$$ that opens your eyes.   This year's winner to me?  The EEOC today announced a favorable jury verdict of $756,000 in a religious discrimination lawsuit brought against AT&T Inc. on behalf of two male customer service technicians who were suspended and fired for attending a Jehovah’s Witnesses Convention.  From the EEOC press release:

"The jury of nine women and three men awarded the two former employees, Jose Gonzalez and Glenn Owen (brothers-in-law), $296,000 in back pay and $460,000 in compensatory damages under Title VII of the 1964 Civil Rights Act. During the four-day trial, the jury heard evidence that both men had submitted written requests to their manager in January 2005 for one day of leave to attend a religious observance that was scheduled for Friday, July 15, to Sunday, July 17, 2005. Both men testified that they had sincerely held religious beliefs that required them to attend the convention each year. Both men had attended the convention every year throughout their employment with AT&T -- Gonzalez worked at the company for more than eight years and Owen was employed there for nearly six years."

I've supported big call centers from in an HR capacity before, so let me give you a synopsis of what likely happened with this one.  The employees in question had always gone to the event, so they put in their request way ahead of time and forgot about it.  In the months that followed, a new management team arrived and started to tighten the screws from an attendance perspective, to the extent they felt compelled to say no to the request for time off that was previously made.  The denial could be for one of 100 reasons.  Dialog ensued (hopefully), but the conversations didn't resolve the issue.  The time-off was still unexcused.

So the call center reps went to the convention anyway.  When they got back, they found their stuff boxed up and their employment terminated, maybe on an auto-termination clause like job abandonment.  They took it to the EEOC, who agreed to represent the employees in the legal action moving forward, which is rare.  Having had the convention approved eight years in a row makes it pretty attractive to a litigator.

The crazy part of this?  It likely had nothing to do with discrimination.  It was more likely driven by the desire to be CONSISTENT.  That desire is good 98% of the time.  The other 2% of the time makes you value a good exception to the rule...

My understanding of most no-fault attendance policies is unexcused (not pre-approved or protected by law) absences are capped. Once an employee goes over the cap they are progressively disciplined up to and including termination of their employment.

In my experience, it is never a good idea to deny an excused paid time off request unless the absence would literally be detrimental to the company (i.e. more than half the team requests the same day off).

I've read about this case and although it does not give many details it sounds as though while the company did set a precedent in always granting paid time off requests, they did not necessarily communicate a change in policy or communicate the actual denial of the two individual's requests AND they jumped right to termination instead of building a case through progressive discipline.

The mistake I see is not in having a no-fault attendance policy. The mistake is poor management in general.

yes , no-fault attendance policy might be mistakes for poor management
Call centers have their pros and cons,

I agree with HR Wench--bad management is at issue. If I ask for a day in July off and I make that request in January, and as a call center employee it's not like what I'm doing is so unique that I can't be sacrificed on a specific day, I expect that when July rolls around I'll be able to take the day off.

I cannot believe the managers said "no" when the date rolled around. That's crazy power-tripping management.

Plus, I ask for days off for important events waaaay in advance. Summer 2006 I had a family reunion scheduled for an entire week. I knew the dates by August 2005, so I put it on the calendar right then and there.

People laughed at me, but I did not want to be denied the vacation because others had the same day off ahead of me.

I love my vacation!

I would just like to comment as I was personally involved with this case. The facts released in this document do NOT reflect the actual events. It's obvious that everyone reacts without having 100% of the facts. Having sat through the four day trial and as a tax payer, I can't believe the verdict. Nobody mentions that every professional was dismissed from the jury. Anyone holding AT&T stock was dismissed....AT&T lost before the trial began...."big company VS poor little me"! The jury was made up of unemployed, self employed, and otherwise lower income homemakers who have not a clue of the needs of a company that has to provide customer service or pay fines and penalties to the state and federal government if sevice measures are not met. These two employees knew upon hire that the company and the title in which they were hired required 24/7 coverage. When the work unit is covered by a collective bargining agreement and the number of employees are already scheduled off per the contract, the needs of the company providing prompt customer service is necessary. And by the way, this was NOT a call center enviornment. Any of you that claim "poor management" have not a clue of the law and the requirments of running a company regulated by state and federal law.