Cost of Talent - Lessons from George Steinbrenner and Moneyball...

By now, you've heard that George Steinbrenner (owner of the New York Yankees) will probably fire a manager with 4 World Championships - Joe Torre.  While firings happen and the big wheel keeps on turning, it made me think a little bit about the cost of talent and what your money actually buys you.

First, a little history.  The Yankees have always been the gang with the open checkbook, ready to buy 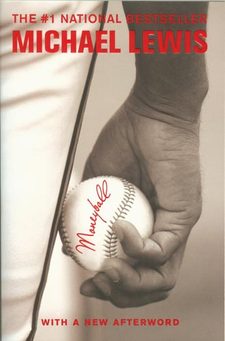 talent each off-season to make another run at the title.  A-Rod's got a $250 Million dollar contract?  No sweat.  Roger Clemens only wants to pitch from June to October and needs $20 Million for one year?  New York's a big media market!!  The Yankees can afford it.

The result?  The Yankees consistently have the league's highest payroll, coming in this year at $195 Million (highest in the league for 2007).  That's $50+ Million more than the 2nd highest payroll (the Red Sox, coming in at $143 Million) and more than $171 Million more than the Tampa Bay Devil Rays ($24 Million total), who at one point had played the Yankees 15 times and were a respectable 7-8 against the Bronx Bombers.

Meanwhile, teams with low payrolls always pop up (more randomly, of course) as huge successes in a given season.  This year's examples?  The two teams playing in the National League Championship starting later this week - the Rockies and the Diamondbacks.  With payrolls of $54 and $52 Million respectively, these franchises have taken the Moneyball approach, seeking to use less proven talent to deliver wins via on-base percentage, base hits and defense.   The result for those teams?  A greater degree of success than the Yankees this year, which drives an owner like Steinbrenner crazy.  Thus the anticipated Joe Torre firing...

The talent lesson, as Steinbrenner rages against the machine he's built?  You have to be careful when developing a team and projecting success based on past results and the past accomplishments of the team members you bring in.  Team chemistry still matters, and in most industries, similar to baseball, spending three times as much for the same headcount won't translate into guaranteed success in the field.   In the office or on the field, you still have to advance your teammate via the sacrifice bunt and work the pitch count at the plate.

Kris, good one. It's amazing what money can buy, and what it can't. You make a great point about focusing too much on past successes. Cool.

And now that the Phillies are out, my interest is waning.

Moneyball tactics (generally speaking, analytics fact-based decisions in the context of professional sports mgt) help teams improve their Return on Investment (ROI). But the size of the investment itself (including salaries, management....even the analysis itself!) still matters in the equation.

The high-stakes decisions faced by the Yankees (not always successfully, I regret) are similar to those faced by professional services organizations, whether they recognize it or not.

For example, running a consulting firm, a law firm, or even a school demands that we seek ROI on our human capital investments (i.e. what talent to procure, and how to deploy this talent). Hopefully we recognize the stakes when making these decisions, and invest in the analysis to make them well.

Unfortunately, as you pointed out, there is a tendency to anchor decisions in past performance, rather than keeping in mind that Clemens is no longer a spring chicken, and that A-Rod's best days could in theory be behind him.