Home Subscribe
The Cost of Talent - Dice-K (Red Sox) vs. the 2007 Cleveland Indians Payroll
When Does HR Owe Contingency Search Firms a Fee?

HR Victim Making 101 - Do People With Kids Get Special Treatment?

You know it's a slow news month around SHRM when the best they can do for the cover of HR Magazine is the following headline "Are You Too Family Friendly?"  Seriously - that's the cover/lead story?  Deb over at 8 Hours and a Lunch riffed on this article last week.  For a deeper analysis on related issues, see the following employee relations breakdown provided by Evil HR Lady.

If there's one thing HR people (not Deb and Evil, they're cool) can do, it's pick a new victim.  This month's winner via SHRM?  Those with all the spare energy in the world, maximum disposable income and the time to outwork you if they put their minds to it.  They're called childless employees.  Apparently, Mike Brady (Brady Bunch reference for you youngsters - look it up) is workplace enemy #1 to this group.  Even with Alice helping out around the house and Ms. Brady at home, Mike was always cutting out for Peter's science project and Jan's therapy sessions revolving around her issues with Marsha.   What about the team at work, Mike?

The New York Times picked up on the topic this weekend, but couldn't really muster any real analysis: 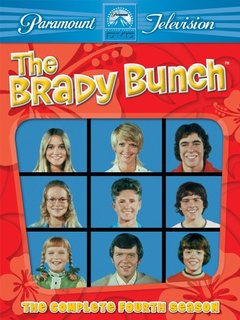 doctor, or so the employee can watch a school play, etc.) is the boss being fair to everyone else who still has to work a full day?

Is it fair to offer a working mother a flexible schedule but not provide the same option to a woman without children?

A growing number of childless workers are answering “no” to questions like these, prompting HR magazine to ask employers in a cover story “Are You Too Family Friendly?”

It’s an issue because of the changing nature of the population in the United States.

As a result, “family friendly” benefits are starting to generate a backlash among those people who do not have children."

(Yawn)...  We can't possible be wasting our time on this analysis, can we?  Even the childless who see people playing the child card to the hilt recognize they are witnessing individual behavior, not macro trends.  Take Deb's own analysis:

"i'm single. i'm single and i have no children. and i work in HR. and let me tell you, sometimes it just burns me up how many people get away with using the kids as an easy excuse to get out of work. and it happens. believe me, it happens. how do i know it happens? because not all the parents require all that much time off. it's strange how some parents seem to be able to make arrangements when their child is sick, or schedule parent/teacher conferences for before or after work. but some parents? they've got to be out every other week. but again, i digress...."

Solid observations.  Individual behavior, not macro trends.  Sounds similar to the childless employee out for their own repeated illness week after week, after week.  Here's a thought - offer flexibility to all, then manage performance.  Rinse and repeat.  Take action in those situations where results aren't happening.  While you're building an environment that actually offers flexibility for results, you might stumble on a cultural model that Mike Brady, childless employees and even Generation Y desires.

As for me, while the childless are using the flexibility to mountain bike and hit the Xbox, I'll be in cross-town traffic to get to a doctor's appointment or to coach one of two baseball teams I'm responsible for.  Remind me who's disenfranchised again?

In our next installment of HR Victim Maker - Are candidates with average attractiveness and low communication skills being passed over for the best Sales roles?  We've got video!  Alice from the Brady Bunch went undercover, applied for multiple Account Executive roles and was denied every time!!  It must be true...

Everybody should be offered the same flexibility.

You really hit on a pet peeve of mind.

Sometimes I wonder just how much of what we think is right and true is based on flawed assumptions and old information.

I can see in the early days of the industrial revolution when we paid people based on hours or pieces of work completed, that micro-managing time was needed to ensure we got our "value."

Today is it sooooo different. Work morphs into play which morphs into family. Technology allows for 24/7 connectiveness and innovation can't be put on a clock.

When we will give up on the old stuff and really pay attention to results. I know it's harder to quantify but hey - that's why they pay managers the big money right?

Seriously, whenever I hear about "so and so took two hours to go to their kids play" all I see is "The Family Circus."

I agree with you.....offer flexibility to all, and manage performance and results. It's not just children that require employees to take time off. Sometimes it is a parent they must assist. While not everyone has children, most people have parents!

You are right on with your commentary - measure by results and offer flexibility to all. There is no point in making inflammatory statements about parents vs. non-parents. I know plenty of working parents (myself included) who consistenly exceed expected deliverables because we exercise "The Power of Focus" (great book worth a look). It has nothing to do with parenting status, it's all about attitude and approach to work.

A very true statement when you say "Work morphs into play which morphs into family. Technology allows for 24/7 connectiveness." That's the big game changer for me as well.

Nice entry, Kris. My editor-centric observation is that there's nothing new about this issue. Workforce Management (back then, we were called Workforce) wrote about this in 1996, in a story called "Single's Backlash." Plus ça change. There willl always be people who game the workplace and dump their work on colleagues, and others who find a way to balance their work and non-work lives. It's not about who is childless (or child-full); it's about personal responsibility.

Kris, (great name, by the way)

I agree with Carroll. It isn't about who has kids and who doesn't. It's about who knows how to meet and balance commitments both at work and beyond.