Home Subscribe
Fantasy Sports Leagues At Work Are Good for the Workpace, Yo...
If You Don't Have a Meaningful Answer to this Question From Your CEO, Update Your Resume...

$25 for a Fake Excused Absence? Do You Take Visa?

There are lots of opportunities out there, my young jedi.  All you have to do is sell out to the dark side...

A couple of days ago, I riffed on the single worst example of human behavior I had witnessed as a HR professional.  The winner?  Some dude who was faking funeral programs on fictional deaths in his family to get a couple of extra days off from a call center.    That's just wrong...

So that guy got fired, which is what you would expect.. 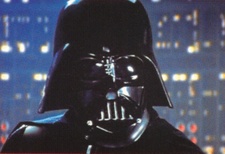 Excused Absence Network, which, for about $25, provides students and employees excuse notes that appear to come from doctors or hospitals. Other options include a fake jury summons or an authentic-looking funeral service program complete with comforting poems and a list of pallbearers.

My former employee seems to have landed on his feet.  From a CNN report:

"Millions of Americans work dead-end job, and sometimes they just need a day off," said John Liddell, co-founder of the Internet-based company Vision Matters, which sells the notes as part of its Excused Absence Network. "People are going to lie anyway. How many people go visit their doctors every day when they're not sick because they just need a note?"

The company's customers receive templates so they can print the notes after typing the name and address of a local doctor or emergency room. Those who choose jury duty as an excuse to miss work enter their county courthouse information on the form.

Though the company's disclaimer advises the notes are "for entertainment purposes only," its Web site shows pictures of people sunbathing and playing golf using the fabricated excuses. One testimonial says: "I've managed to take the nine weeks off using these templates! It couldn't be any easier!"

Actually, for one New Jersey woman it wasn't so easy. She was arrested this year after using one of the company's notes to support her claim she was too injured to appear in traffic court for a speeding ticket. She was caught after court officials called the chiropractor listed and he told them he never heard of the woman."

The founder started the business for $300 and currently runs it off a laptop in a small Oklahoma town.  The site gets about 15,000 hits a month.

Somewhere out there, a HR Manager who subscribes to the Capitalist has just turned to the dark side as they were reading this.  Like Darth Vader, they've thought up a money making idea, but one that uses their powers for bad, not good.

(hat tip to Capitalist reader Scott for the link...)

The article on the excuse to skip work couldn’t be more on track! The phrase “The Vision Matters founders said many employees are fed up with working long hours for little pay, then having no flexibility if they needed to tend to a sick relative or attend their children’s school activities” is right on track. My boss comes in at 10:30am, leaves at 12 for lunch, comes back at 2:45 then wonders why the rest of the company is dying to leave at 5pm, all the while he has all this energy. I say to him..Wake up at 5am, hit traffic, get MAYBE a 1hr lunch and let’s see if you don’t want to leave early to go home, deal with kids, eat, go to bed and start over. I especially like the part about the “psychologist” who would be “ethical” and snitch on his co-worker. I think he’s in the wrong profession. Maybe police or some other law enforcement job would be in line. How about..”If employers would treat people the way they need to be treated, people wouldn’t be using these notes,” Liddell said. Rightly So!!

Just another reason why no-fault attendance policies are the way to go!!

Of course the whole bereavement leave thing is another story. The employer eventually catches on though as one only has so many grandmas, uncles and aunts.

I read this article! I hope you will continue to have such articles to share with everyone! thank you!