Home Subscribe
Incentive Intelligence and the Wisdom of Incentives...
The HR Blog Power Rankings - Week of 9/10/07 [sponsored by the HR Capitalist]

How much do I have to pay?  I know you've heard that question before.  Whether you are recruiting, budgeting or getting cold-called by a benefits vendor, everyone wants to know what your plan costs.

Of course, simply stating what your health care plan costs employees per paycheck doesn't speak to the 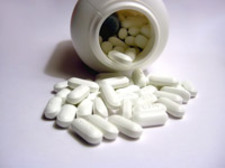 quality of the plan, or the coverage it provides.  Most parties seem less interested in the quality question - they simply want to know what it costs.

A new survey is out, conducted by the the Kaiser Family Foundation, a health care research organization that annually tracks the cost of health insurance.  Many of the more than 3,000 companies surveyed said they planned to make significant changes to their health plans and benefits, and nearly half said they were very or somewhat likely to raise premiums.  From the survey:

"This year, premiums reached an average of $12,106 for a family of four, with workers paying, on average, $3,281 of that. Premiums to cover a single person cost $4,479, with employees paying $694. The portions both families and single people pay in premiums has nearly doubled since 2001.

The good news is that premium increases seem to be under control.  The bad news is that the survey doesn't really control for the quality of the plan, meaning the results are hard to draw firm conclusions from.  If items like co-pays and co-insurance are on the rise, then the true cost increase may be higher than 6.1%.  It's a quality thing.

Here's the data you can use.  As you would expect, family coverage is the most costly option, with companies paying $1,008 per month under fully insured plans.  Employees pick up $3,281 annually of that cost, or $126 per pay period (assumes 26 pay periods).  That gives you a nice barometer on the market as you shop medical coverage, and also illustrates what employees can expect to pay out of paychecks for their health care.  How do you stack up?