Home Subscribe
Office Politics - You Are Where You Sit at the Table...
Fire, Suspend or Wait and See?... Version 2.0 - NBA Official Betting on Games....

Fire, Suspend or Wait and See?... The Michael Vick Dilemma for the NFL....

If you follow sports even from a distance, by now you're aware that NFL superstar Michael Vick is in deep trouble.  The Atlanta Falcons star and three others are facing federal charges stemming from an alleged dog fighting operation that includes the allegation when the dogs performed badly either in the ring or in test fights, they'd be executed, by being shot, hanged, drowned or electrocuted.

Vick's got issues to work through.  So does his employer, the Atlanta Falcons. 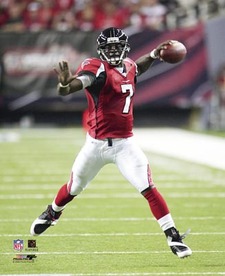 Based on what's in front of them, do the Falcons fire or suspend Vick, or wait and see what happens? What would you push for as the lead HR executive for this organization?   Here are your choices:

1.  Fire Vick- Pros - Decisive action by an organization wanting to send a clear message on what the standards are for continued employment.  Public opinion would be positive to the move based on what's known at this point.  Cons - The Falcons might be on the hook for some or all of his remaining contract, which means they pay and get no value in return.  Legal exposure exists for terming based on the allegation rather than a conviction.  Additionally, Vick's not replaceable from a skills perspective in the NFL.

2.  Suspend Vick - Pros - Allows you to effectively hedge your bets, in case a not guilty verdict is returned or Vick effectively plea bargains the charges down.  Additionally, since Vick can't be effectively replaced (ever!), suspending helps you protect the downside of losing the asset.  Suspending also helps you create the stance that you are tough on crime without judging the person before his day in court.  Cons - Not many.  You lose his services for the year.  Some stakeholders will fault you for not going all the way and firing him.

3.  Wait and See (no firing or suspension) - Pros - You get to use him for this year, maybe win the whole thing.  Cons - Everyone thinks you're soft on crime.  Distractions to the rest of the organization may result in worse results than available if you would have fired or suspended him.  Media circus ensues.  PETA and other groups demonstrate at every practice and every game.

The only choice that seems off the table to me is the wait and see approach.  Remember, the charges are in FEDERAL Court.  Last time I checked, the Feds don't miss often.  With that in mind, the picket lines are already getting warmed up, and would create way too much heat for an organization in the entertainment business to bear.  Wait and see doesn't seem viable.

My choice would be to suspend him until the charges are cleared or settled.  From an employer's perspective, this allows you to show you care to the public (and to your employees who are watching), but also allows you to hedge against your own legal exposure and protect the asset if cleared, etc.  I would take the time the suspension bought me to come up with a clear plan of what I was going to do if Vick was convicted, plead to a lessor charge, or was cleared.  Heck, I might even publish the If/Then to end the speculation if I was solid in what my approach would be.

Of course, suspension without pay - often an option for normal employees with legal issues - is probably not an option in the NFL.  That's life in the show - where this type of decision can cost millions instead of the thousands we are used to if you get it wrong.

Posted at 05:02 AM in Employee Relations, Litigation, Workplace | Permalink | Comments (2)

I'm a bit rusty on my NFL labor rules, but if he's convicted, can the Falcon's terminate his contract without penalty in terms of either salary cap or paying him any part of his remaining contract?

If they could, a suspension becomes even more viable over firing him. From a team morale/discipline standpoint though, they must do something. The current "wait and see" Arthur Blank (Falcon's owner) is using may buy him a little time to get his facts straight, but it won't hold up for long.

I would like to see something happen to him far worse than firing, but for now, from a legal standpoint, I guess he can only be suspended. When he is convicted, then, of course he should be fired. Animal abuse of this magnitude sickens me, and I hope everyone guilty of this pays and pays as dearly as the innocent animals that suffered at their immoral, heartless hands.