Home Subscribe
The Talent Commodity Trap @ Circuit City...
How to Be A HR Superstar - BW Profile of GE's William Conaty

Ever notice how Paula Abdul can't go nuclear on any candidate on American Idol?  Human nature follows this example when it comes to Performance Reviews - after all, who among us wants to tell the contestant (uh, employee) on the other side of the table that they are average or worse yet, below average?  Better to let Simon due his thing and stay neutral right? 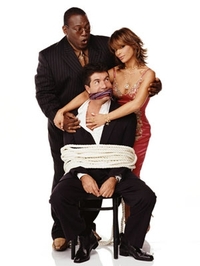 Except managers give reviews solo - no hardcore cohort at the table with them... I'm in the process of installing a new Performance Management system at my company. The process and product are good, as we are migrating from a very general review format (rate your employees from 1 to 5 on 80 items, same format for everyone) to a more objective system that requires the setting of objectives for each position in the company.

In addition to the setting of objectives, we are migrating from the old 5-point scale (1=Does Not Meet, 2=Sometimes Meets, 3=Meets, 4=Sometimes Exceeds, 5=Always Exceeds) to a 3-point scale (0=Does Not Meet, 1+Meets, 2=Exceeds).  Our reason for simplifying the scale was basic - We wanted more direct and honest dialog between managers and employees about what type of behavior/performance was required to be an "Exceeds" employee in our company.

Why did we feel the need to strip down the rating scale to force dialog?  My biggest observation on the 5-point scale is that the "tweener" rating of 4 (Sometimes Exceeds) is a crutch that allows managers to avoid deep performance conversations with employees.  Here's how it works - average performer comes due for a review, so the manager breaks out the Performance Management form.  In moving through the format, the manager gives mostly "3's" (Meets), but sprinkles enough "4's" (Sometimes Exceeds) in the Process to make the overall review average out to be a 3.4 or a 3.5.  With that in mind, the overall score falls somewhere between a Meets and a Sometimes Exceeds in the employee's mind.

The result?  The employee goes away thinking that they sometimes exceed, which means the manager never has to have the tough conversations with the employee to describe that while their performance "Meets", there is a whole new level of performance that is necessary to "Exceed".  Instead, my observation is that the manager will plow through the form and if there is enough sugar (i.e., "Sometimes Exceeds"), the employee is satisfied that they are above average and won't challenge the ratings, and the manager doesn't have to get into the messy details.  After all, telling someone they simply "Meet" doesn't feel good - don't we all think we are superstars on some level?

Of course, the trade off is that the necessary conversations to drive performance never happen.  And that's where items like forced ranking come into play - the big nasty designed to drive organizations and managers who won't tell some of their team members that are average or below.  If the manager won't have the conversation, the organization will just force it through a mathematical approach.

As for me, I would rather coach/teach/cattle prod managers to look hard at their teams and have the tough conversations regarding performance.  Like so many things in this world, its a work in progress.

Maybe Randy is the best model for managers in this area - somewhere between Paula and Simon, he would let the employee down easily and give the feedback in a humane way...